Part of my new year's resolution is to be better about working on my book instead of falling for as many sexy freelance jobs as I do. But it's hard because I do love freelance work, and I only take super-kewl jobs. December was especially full of cover designs, poster illustrations and holiday present art. I'm (mostly) returning to regular hardcore work on Relish now, but lookit some of the crazy stuff I made while neglecting my poor book!

My roommate and I are working our way through Buffy The Vampire Slayer during lunch and dinner breaks. This freakin' show gets better and better. Will there ever be a 90s TV show I don't love? It's too bad I'm appreciating them all post-mortem. Anyway, I had a serious itch to make some Buffy art, and also to stretch my illustrating muscles and experiment with some new techniques. So I made a contribution for this poster contest to promote the Buffy motion-comic.

(No comment on my actual opinion of "motion-comics." It does not pertain.) 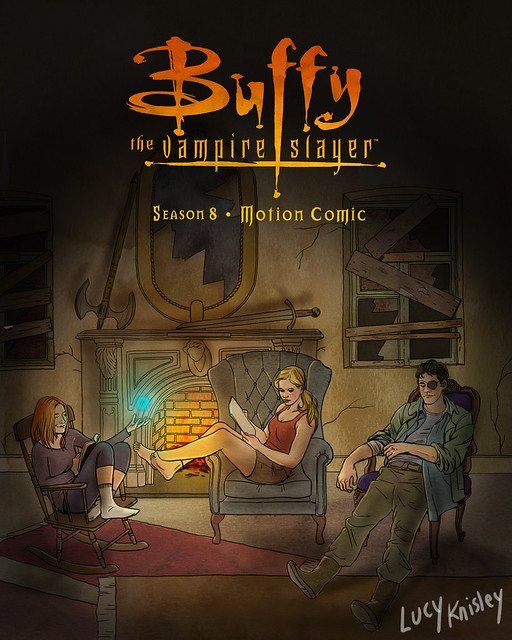 Click the image to see it bigger. I was pretty satisfied with the end result, though I have no idea if I'll even place in the contest. It was mostly drawn digitally with my Cintiq (I don't usually do a lot of my ink work on there, but have recently been playing around with it more). I harangued my roommate into posing for the figure reference, as I had very specific poses in mind. It's nice to sometimes give myself permission to use photo reference. And Nora was an especially excellent Xander! 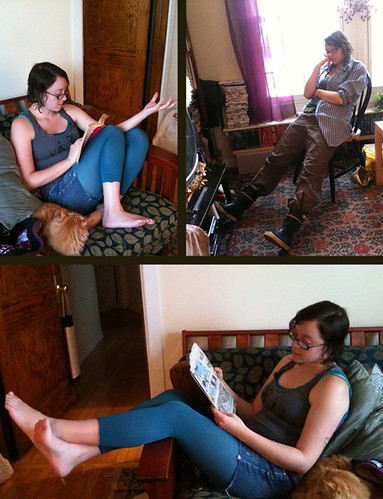 Instead of bedtime stories, my dad liked to read me poetry before bed when I was little. I can't tell you how many Ogden Nash poems I know by heart. But his favorite was Edward Lear, who's poems TERRIFIED me (this was at least partly due to the illustrations). I'm not sure why reading his child surreal nightmarish poems before bed made sense to my father, but Lear was a frequent bedtime reading choice. So for Christmas, I adapted his favorite (and the one that still frightens me the most), "The Pobble who Has No Toes." Read the whole creepy comic poem after the cut:

I did the cover for this week's issue of Newcity Magazine (a local Chicago free weekly). It's their "Top 5 Of Everything" issue, and I had about 24 hours to do the whole thing from concept to completion. It was an illustration adventure! SOM
Speaking of The Sound of Music, I made a little comic while watching it on TV the other night. This is basically exactly what happens except he actually says, "What else does the Reverend Mother say? Tell me. Ooh, yeah. I wanna know."

Our landlord has had to deal with a lot this month. Our pipes froze and burst, our lock froze so badly that it totally ceased to open, and, most recently, our techno-loving boy neighbors broke both our community washer and dryer within weeks. So our landlord has been grumpier than usual (though he wasn't the one getting locked out of his freezing, water-less apartment, so I'll point out that it IS his job). So when we called to ask our landlord about the laundry situation, he told us to make a sign telling tenants to use the equipment properly. He probably should have asked a different set of tenants, but we were happy to oblige... Nora made me a snuggie that looks like my cat. It's pretty much my sexiest outfit, and the only thing I will ever wear again. You are so jealous. But if you will die without your own, you should know that she does freelance, too! And teaches classes! And has an Etsy store! 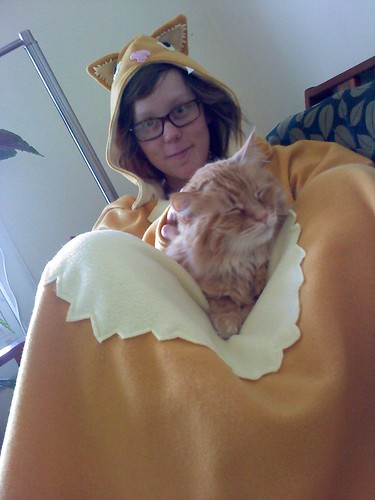 Check my sexy self.
Collapse